Dieppe is a city in the Canadian maritime province of New Brunswick. Statistics Canada counted the population at 25,384 in 2016, making it the fourth-largest city in the province.

Dieppe’s history and identity goes back to the eighteenth century. Formerly known as Leger’s Corner, it was incorporated as a town in 1952 under the Dieppe name, and designated as a city in 2003. The Dieppe name was adopted by the citizens of the area in 1946 to commemorate the Second World War’s Operation Jubilee, the Dieppe Raid of 1942. It is officially a francophone city; French is the native language of 73.9% of the population. A majority of the population reports being bilingual, speaking both French and English. Residents generally speak French with a regional accent (colloquially called “Chiac”) which is unique to southeastern New Brunswick. A large majority of Dieppe’s population were in favour of the by-law regulating the use of external commercial signs in both official languages, which is a first for the province of New Brunswick. Dieppe is the largest predominantly francophone city in Canada outside Québec; while there are other municipalities with greater total numbers of francophones, they constitute a minority of the population in those cities.[citation needed] Dieppe was one of the co-hosts of the first Congrès Mondial Acadien (Acadian World Congress) which was held in the Moncton region in 1994, and again in 2019.

Dieppe is part of the census metropolitan area of Moncton, which is New Brunswick’s most populous city at 144,810 according to Statistics Canada in 2016. 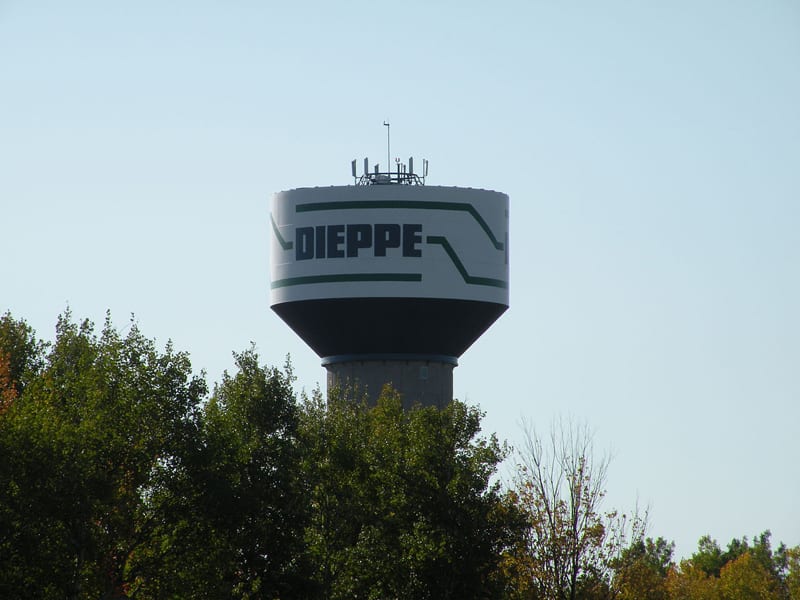