Moncton is one of three major urban centres in the Canadian province of New Brunswick, along with Saint John and the capital city of Fredericton. Situated in the Petitcodiac River Valley, Moncton lies at the geographic centre of the Maritime Provinces. The city has earned the nickname “Hub City” because of its central inland location in the region and its history as a railway and land transportation hub for the Maritimes.

The city proper has a population of 71,889 (2016) and a land area of 142 km2 (55 sq mi). Greater Moncton has a population of 144,810 (2016), making it the largest city and census metropolitan area (CMA) in New Brunswick, and the second-largest city and CMA in the Maritime Provinces. The CMA includes the neighbouring city of Dieppe and the town of Riverview, as well as adjacent suburban areas in Westmorland and Albert counties.

Although the Moncton area was first settled in 1733, Moncton was officially founded in 1766 with the arrival of Pennsylvania Germans immigrants from Philadelphia. Initially an agricultural settlement, Moncton was not incorporated until 1855. The city was named for Lt. Col. Robert Monckton, the British officer who had captured nearby Fort Beauséjour a century earlier. A significant wooden shipbuilding industry had developed in the community by the mid-1840s, allowing for the civic incorporation in 1855. However, the shipbuilding economy collapsed in the 1860s, causing the town to lose its civic charter in 1862. Moncton regained its charter in 1875 after the community’s economy rebounded, mainly due to a growing railway industry. In 1871, the Intercolonial Railway of Canada had chosen Moncton as its headquarters, and Moncton remained a railway town for well over a century until the closure of the Canadian National Railway (CNR) locomotive shops in the late 1980s. 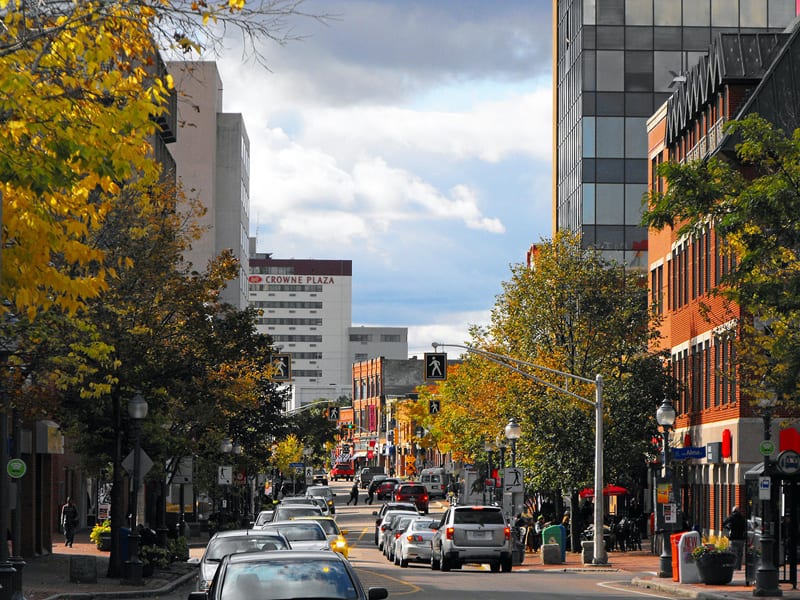