Riverview is a town in Albert County, New Brunswick, Canada. Riverview is located on the south side of the Petitcodiac River, across from the larger cities of Moncton and Dieppe. Riverview has an area of 34 square kilometres (13 sq mi), and a population density of 564.6 inhabitants per square kilometre (1,462/sq mi). Riverview’s slogan is “A Great Place To Grow”. With a population of 19,667 in 2016, Riverview is the fifth largest municipality in New Brunswick, having a larger population than the cities of Edmundston, Bathurst, Campbellton, and Miramichi, despite its designation of “town”.

Riverview first became a permanent settlement when settlers from Yorkshire, England, settled there in 1733. The Town of Riverview was formed on July 9, 1973 with the amalgamation of the three villages of Bridgedale, Gunningsville and Riverview Heights. Harold Findlay became the first mayor and seven councillors were elected at-large to serve a population of 14,177. Since that time, Riverview has grown to include almost 19,130 represented by four ward councillors and three councillors-at-large. 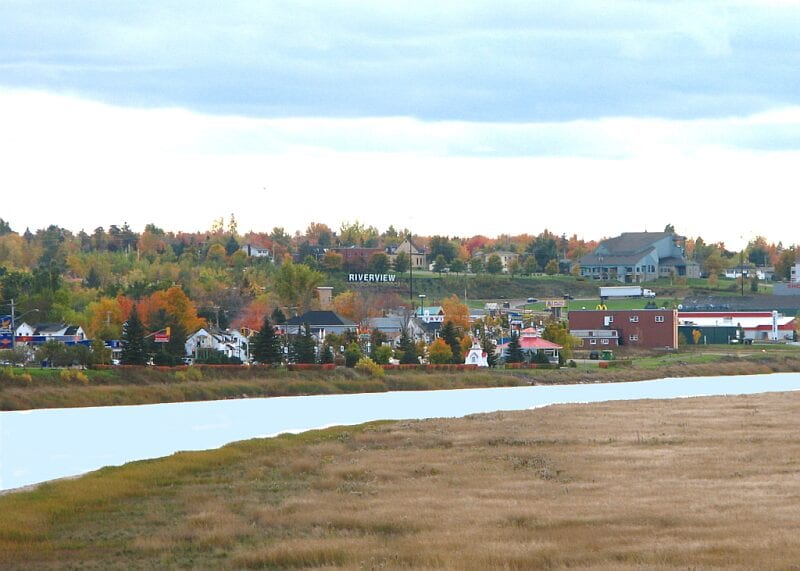